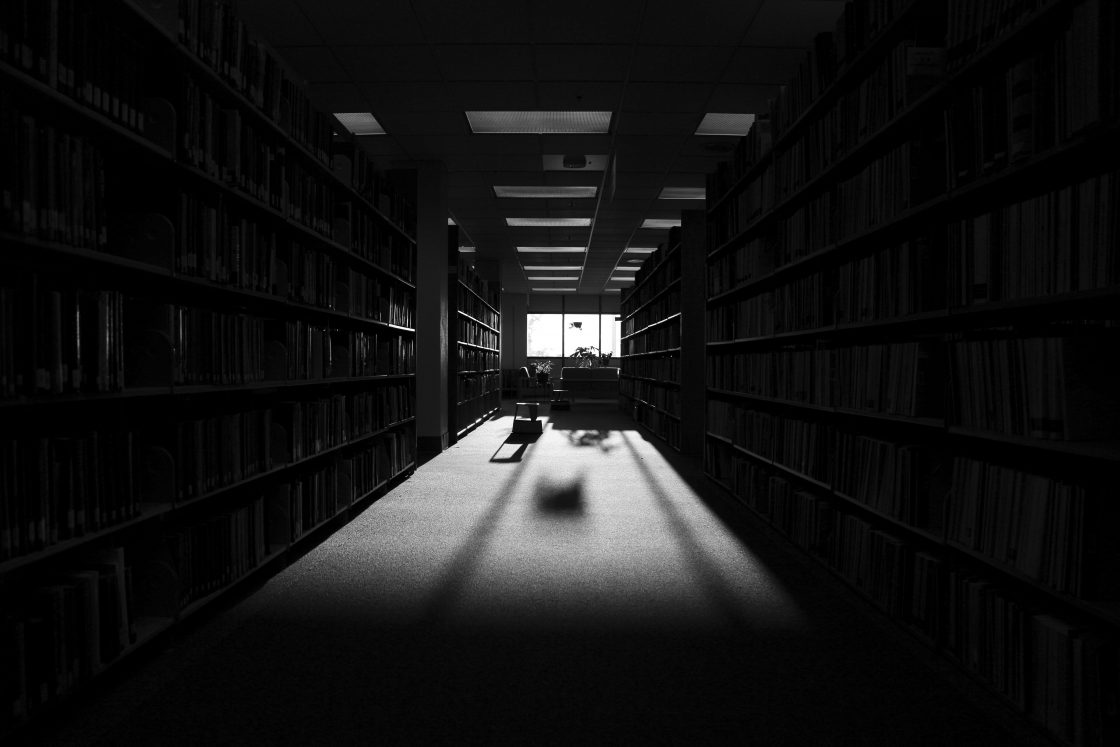 The Alaska and Polar Regions Collections and Archives (APRCA) are in the Elmer E. Rasmuson Library. This is where the stories of Alaska are kept, in manuscripts and on maps, films, photographs, oral histories, rare books, and in Alaska Native Language material. This is where researchers from all parts of the world go to find the primary sources, the original documents that hold the answers to Alaska history. They find their answers here, in these rare, irreplaceable, and fragile treasures.

In order to highlight the value of the Archives, a small group of retired members of the library community started The Archive Video Project, and raised private funds to film and produce three short videos that feature researchers using the collections in their work. College of Liberal Arts student and filmmaker, Sarah Manriquez filmed and produced the videos. The goal was to highlight the research potential of the collections by showing how the collections are actually used in research. The videos feature UAF researchers Mary Ehrlander, Rob Prince and Bill Schneider who share their archival discoveries.

Of course, these three examples are just a sample of the valuable collections available to researchers and the interested public. For thirty years I was privileged to work with colleagues in the APRCA Department. Over the years, we built a world-class collection of oral history recordings. The recordings with Alaska Natives are probably the largest in the world. During this time we developed Project Jukebox, a digital component that evolved with the advent of the Web into an on-line source for oral history and associated text, photos, and film. This expansion of opportunity prompted us to draw upon the photographic and film collections to illustrate the jukebox recordings. The knowledgeable people we interviewed often shared their personal photographs with us. The images illustrated their stories and we welcomed the chance to include them in the programs.

Sometimes our interviews prompted narrators to donate whole collections to the Archives so that they could be preserved for future generations. One of the best examples of this is Jack Dillon. He had worked for Alaska Steamship Company and when we interviewed him in 1986 we learned about the records he had saved. He had meticulously saved manifest records of goods shipped north from Seattle. For anyone interested in transport history to Alaska during the era of steamships, these records are a treasure as well as a testimony to Jack and his colleagues at Alaska Steamship Company for their efforts to preserve this important part of history and their willingness to donate it to the Archives.

Publications often bring to light treasures in the Archives. Mary Ehrlander’s new book, Walter Harper, Alaska Native Son, draws heavily on letters, photographs, and newspaper clippings that Yvonne Mozee placed in the Mozee Family Papers at the Archives. Yvonne worked over many years to save documents related to families living in Interior Alaska where Walter Harper grew up. Her interest in Walter stemmed in part from the fact that she was his niece. Before her death, Yvonne spent many days in the Archives sorting and organizing her collection so that it would be useful to others, anticipating that someone like Mary Ehrlander would some day use the collection to tell an important story.

The archives are full of surprises, and that is what makes the collections so much fun. After I retired in 2011, I began writing a book on the dog team mail carriers, On Time Delivery. I got an important clue to that story from two National Postal Service maps in the Archives. They were produced to show the routes of mail delivery for 1914, before the Alaska Railroad and 1924, just as the railroad was being completed. These two maps demonstrated graphically how the mail trails changed with the railroad and the impact this created on communities served by the mail routes. Years earlier Jack Coghill alerted me to the significance of Nenana and the railroad when he said, “Nenana was the Hub’. By this he meant that after the railroad, Nenana became the distribution center for trails and mail going west to the Kuskokwim River, the Yukon River and on to Nome. And, of course, Nenana was where the serum was transferred from train to dog team in the famous 1925 serum run to combat diphtheria in Nome. The 1924 Postal Map confirmed and graphically demonstrated what Jack Coghill was saying. These two maps were just what I needed to frame the mail delivery story and trace the development of communication lines before airplanes took over.

Take three minutes to view Mary Ehrlander describe how a letter in the Charles Sheldon collection confirmed the important role Walter Harper played in the Denali Expedition. This was just what she needed to confirm Hudson Stuck’s claims about Walter Harper. If you have three more minutes, view Rob Prince describe how his students used the Otto Geist Collection to investigate a long standing mystery, the location of a cache of mammoth bones rumored to be on campus. And if you are hooked, watch the last video of how Albert Johnson, pioneer professional photographer of Interior Alaska, captured Fairbanks in the early years of the 20th Century. The videos can be accessed on the Alaska Historical Society website.

The Archives are open to researchers by appointment. Contact them at (907) 474-2791 or UAF-APR-reference-Service@alaska.edu. If you have a research topic, start your search with the Rasmuson Library on-line catalog. More information and relevant links, including Star, the Archive specific catalog, can be found at the APR home page.